When it’s Time to Fire Your Customers – DSP 120

This is one of those situations that’s never fun to be in, but it’s something that’s gotta be dealt with. A customer is rude, unpleasant, or makes the staff or other customers uncomfortable. It can start small and turn into a repeated and difficult problem. As the business owner, oftentimes, the buck stops with you and you have to figure out how to handle that situation.

Graham and Ashkahn share their experiences at Float On with their problematic customers and how they handled it while offering tidbits of advice.

Graham: Today’s question is, “What do you do with customers who are serious trouble?” They didn’t actually write it like that, I don’t know where that voice came from. “Do you ever 86 customers, or ban them from coming in?” So, kick them out or stop them from coming in to begin with? Yeah.

Graham: Other than Ashkahn I don’t think we have anyone on the full ban list to Float On.

Ashkahn: I’ve been … I really wanna go back but …

Graham: Maybe you would learn to behave yourself a little bit.

Ashkahn: Put on a fake mustache sometimes, but they can still tell.

Graham: That’s because it’s over this giant real mustache that you currently have. It doesn’t work as well.

Ashkahn: So yeah, we’ve had to ban people before.

Graham: And we’ve had to kick people out.

Ashkahn: And we’ve had to kick people out, and it’s pretty much not fun at all.

Ashkahn: Nothing about it is enjoyable, it’s hard.

Graham: Ashkahn almost got punched in the face.

Ashkahn: I did! I did, that was a different situation, but …

Graham: We did kick people out, you almost got punched.

Ashkahn: Okay, okay, but that’s not what this is about.

Graham: You don’t know that.

Ashkahn: This is a story for another day. We’ve had to kick people out who basically came in and weren’t altogether-

Graham: Yeah, for whatever reason.

Ashkahn: For whatever reason, right? And sometimes people were excessively loud and being very disruptive-,

Ashkahn: Yeah. I mean we’ve done an episode about dealing with people on substances and stuff like that, but …

Graham: People who harass your staff workers or harass other customers.

Graham: And sometimes unintentionally, too. They might not even know that that’s the sort of vibe that they’re putting out. But yeah, there are certain people who have this energy about them, where when they’re in your space, it’s almost like no one else can really relax in there, because they’re a little on edge of what this person’s going to do next.

Ashkahn: And the problem is, it usually gets worse over time, and we’re talking about customers, like actual customers who are paying to come float. We’ve had to kick people out who are just wandering-,

Ashkahn: But often what happens is things’ll be kind of weird the first time, then all of a sudden they’ll come back the next week, and things get a little bit weirder. Now it’s like they’ve been floating with you for three weeks, and they start to feel more comfortable, and they’re coming back more often. You’re like, “Oh boy.” You’re employees are telling you things about, “Oh man, this guy’s coming again,” so those are really the tough situations.

Graham: And, just like a lot of these trouble scenarios that we talk about, fortunately it really does not come up too often.

Graham: There was one case specifically I’m thinking of from this last year, and that might have been the only person we had to actually ban last year. I think we’ve had to kick out maybe two or three people during the course of last year, but not too many.

Graham: Right, so the kicking out is not usually customers. I think we only had to ban one paying customer from Float On last year.

Ashkahn: Yeah, and I don’t think we’ve ever had to actually extract a paying customer from our shop.

Graham: No, yeah, like usher them outside, threaten to call the cops-,

Graham: And in this case it was one of those where it was harassment of some of our staff members, and specifically one of the girls working there, and she just felt very uncomfortable whenever he’d come in, a lot of the other staff members were backing her up and saying, “Yeah, this guy puts off a very strange vibe and seems a little threatening,” and that turned into one of our managers giving him a call and just saying, “Hey-,” pretty much laying it out, “some of our staff feels uncomfortable with you coming in. We’re going to have to ask you to not come back into the business.” And he himself seemed very shocked at that, which I guess is how you’d probably react regardless of if you know what’s going on. But he honored it, it’s not like he started causing problems after that, just showing up or anything like that, so that was a fairly easy resolution to a kind of tense situation.

Ashkahn: Yeah, I’m sure it’s embarrassing for both parties.

Graham: Yeah, yeah for sure. I know the manager didn’t enjoy making that phone call, and I’m sure being on the receiving end sucks as well.

Graham: But, what are you going to do?

Graham: You have to make sure that your staff and other customers feel comfortable in your space.

Ashkahn: Yeah, actually if you look into HR stuff in some areas, that’s a requirement of you as a business owner or as a manager, it’s your responsibility to make sure that there’s a safe work environment going on.

Graham: And I think that one of the reason’s this doesn’t happen very often is you really want to give people the benefit of the doubt, and you want everything to be okay, and it actually takes some pretty extreme circumstances to push it into that zone of not being a comfortable or at least permissible kind of interaction between your own customers and other customers or staff. It takes a lot, especially because we’re used to dealing with people who have just floated, and are kind of spacey, and are saying weird things. At least at Float On, our staff are pretty trained to expect oddities, oddballs, and weirdness, and again, sometimes it goes beyond that, and I’d say the nice thing about that is it also makes it pretty obvious when that line has been crossed. If something seems off or really unacceptable for float center employees, something had to really cross a line or get pretty strange there.

Ashkahn: Yeah, we’ve never had someone really cause any ruckus after that, like after the point where we’ve had to be like, “Hey, sorry but this is what’s going on.” There hasn’t been too much of a person just randomly showing up again afterwards.

Graham: No, not really. Yeah, the worst of those is from that scenario of non-customers.

Ashkahn: Non-customers, yeah, we’ve had to deal with that with non-customers, but not ever in the actual customer scenario that I can think of.

Ashkahn: So, that’s good. There’s kind of a natural filter there, I think, of just being able to actually book an appointment and have all the wherewithal and everything to get through that process, to actually come in to float.

Graham: Yeah, yeah, for sure. So, that’s how we deal with it. We’ve definitely had to, yeah again, 86 customers. We’ve had to actually ban them from the shop, and it’s not like we have just a blacklist of customers or anything. We don’t have photos of customers who aren’t allowed to Float On up in our back room or anything like that. It’s much more something that happens in the moment, and I think I’d have to go back through and actually look up people who are banned-,

Ashkahn: No, and it is very rare. This is an extremely infrequent sort of thing that happens.

Graham: Yeah. So, if you have your own questions, go to floattanksolutions.com/podcast.

Ashkahn: And we’ll answer them sort of like this.

https://youtu.be/JpDzbMd5In0Something in the world of floating have you stumped? Show HighlightsWell, it's been over a year since the COVID-19 pandemic and we know what you've been thinking: What have those Float On... 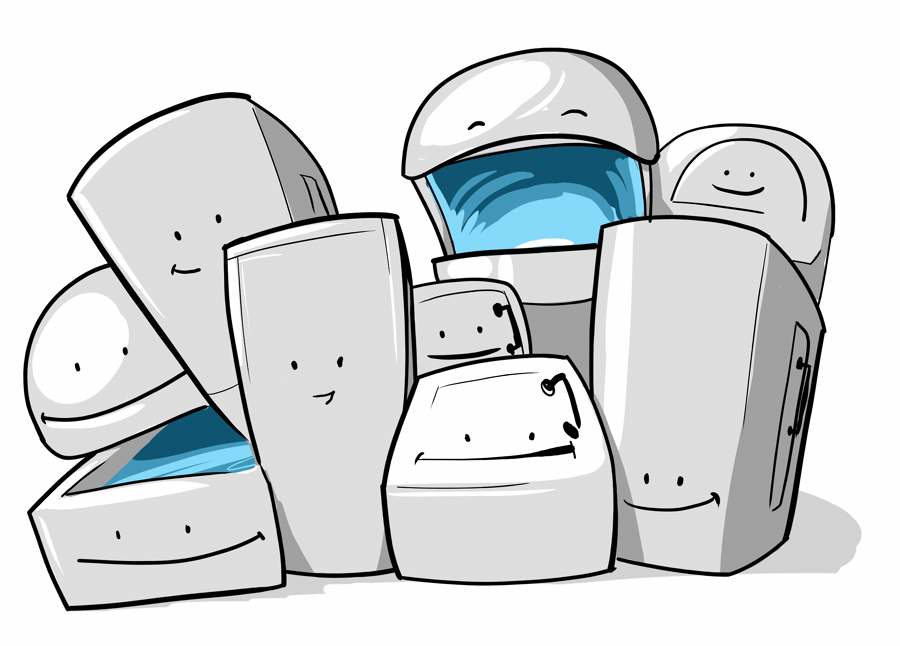 “What is a float tank?” and other preliminary float industry information

What IS a float tank, anyway? If you’re first approaching the idea of a business in the float industry, the best place to get started is to understand what a float tank is, how they work, and what initial concerns there are with offering floating from a business... 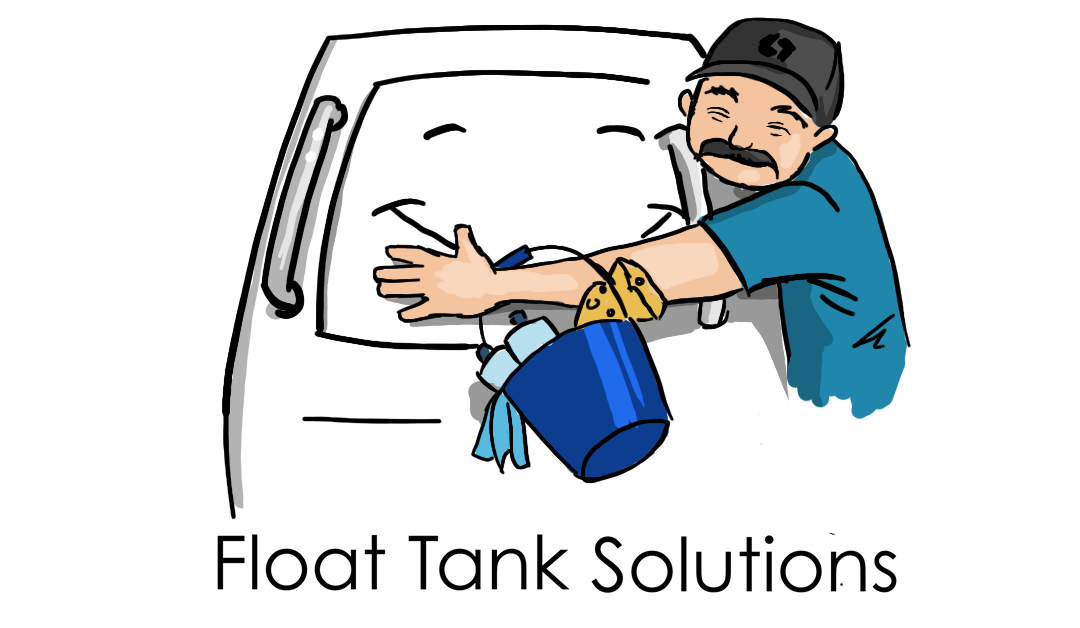 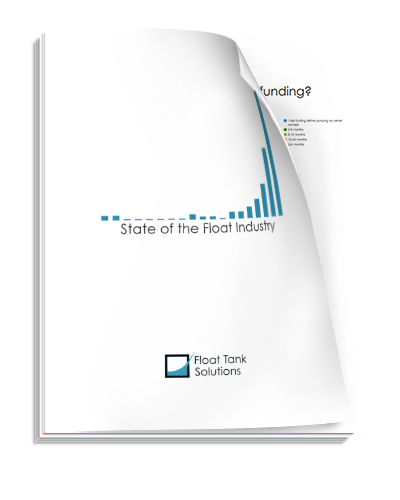